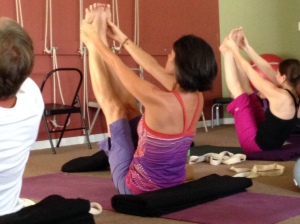 My father-in-law who has been on hospice for about two months, passed away early Thursday morning.  My mother-in-law, throughout his illness insisted on taking care of him.  We tried to get her help so as not to wear her out too much but she refused help with the exception of the hospice people.  I tried to visit more often with the thought of at least giving her company or maybe taking her shopping for groceries or running errands when someone else was there.  As much as she wanted to take care of him, she needed to get away even if it was just for short amounts of time.

I knew on Wednesday when I visited, that my father-in-law would be passing soon.  I could hear it in his breathing.  He passed away early the next morning.  As soon as he passed on, my husband and I were called to come to their home where the Buddhist Priest conducted a ceremony to help his soul pass on.  It was such a nice ceremony and I’m so happy we were there to send him on.  He was an incredibly nice person and I only want his next life to be great!

So what you may be asking yourself does this have to do with Yoga Teacher Training?  Well, really everything, especially when you look at the Ashtanga (the eight limbs of) Yoga.

First there are the Yamas (the Don’ts) – Ahimsa (non-violence), Aparigraha (not to act on impulse, or to be greedy), Asteya (to NOT take what is not yours-aka non-stealing), Brahmacharya (non-lust or to be conscious and responsible in the use of energy in all forms), Satya (tell no lies and being truly honest to yourself).

Next there are the Niyamas (the Do-s) – Ishvara-Pranidhana (devotion to your divine), Santosha (finding contentment), Svadhyaya (Self study to bring yourself to higher awareness), Saucha (practice purity, evenness of mind, thoughts, speech and discrimination).

Asana – Yoga postures to balance energy in your body

Pratyahara – Withdrawal of the senses during meditation

Dharana – Concentration exercises to focus and still the mind

Samadhi – Merging with the infinite through deep meditation

When I look at the definitions, a couple of things jump out at me.   First, Ahimsa which includes practicing compassion, love, understanding, patience, self love, and worthiness.  My mother-in-law, Michiko, is practicing all this when she takes care of her dying husband. The least I can do is practice the same for her.  It’s the busiest time of year for my business, but really, what is more important!

Next, is Aparigraha, the practice is non-attachment to possessions, and relationships.  As I witness her caring for her husband, she knows he is going to die soon.  They’ve been married for 65 years and she keeps going, never stopping.  She tells me how much work it is and how tired she is but she keeps taking care of him and she’s 85 years old!  I decide to let go of my attachment to keeping him around, even though I know how much he’ll be missed, it’s time for him to go.

I could go on and on about how each of the limbs affect both her and myself, but I think you get the idea.

I chose to spend Wednesday at my in-laws house.  My sister-in-law, Sandy, arrived from Japan to see her father one last time.  I try to spend as much time supporting everyone as best as possible.  Tons of dynamics going on, which I totally get, but I seem to be the only one!  I find myself doing the bare essentials for my business and I have to say I don’t have much time for my home practice of yoga or even time for mediation.  Yoga and meditation have kept my sanity for a long time, but there are some circumstances that challenge you and this is one of those times.

I teach a yoga class on Friday mornings and I finally get around to practicing a sequence that best meets the needs of the Vata season that is upon us (don’t forget I teach a yoga class Ayurvedically).  I drive to my class and no one shows up.  Wow, I am surprised and yet not surprised.  I think I have been sending out the “I really don’t feel like teaching vibe today!”  Bless my students decision not to come to class today.  I really need the time off.  I guess I can practice my sequence which included the energetic ideas of Vata season to them next week.

When I look back on this last week and see the “progression in my yoga practice” I guess I could only say that it progressed differently than I thought it would.  Ashtanga Yoga includes asanas (postures) which is what most people think of when they think of yoga.  But practicing all the parts of yoga is the real practice.

4 Comments on “YOGA – the real practice!”